As followers of this blog will know, my Kickstarter funded at the end of August. About three weeks after funding, the backers money finally made it to my bank account. I must admit by that time I was somewhat anxious! The sculpts are with Ian and Alan Farley at Regal Enterprises and they have sent me photos of the master mould making process.

Star Hat Miniatures is now on the verge of producing over two thousand miniatures for gamers all over the world. When I started sculpting back in May, this wasn't even something I had considered! Here are photos of the figures being pressed in plasticine and the silicon moulds being made for drop casting the metal masters. 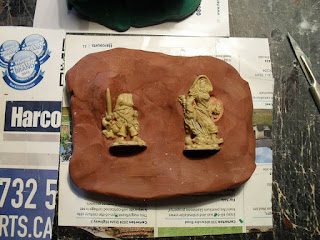 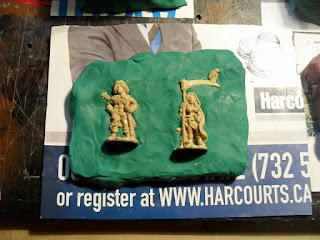 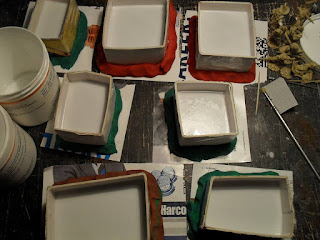 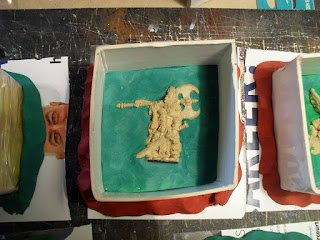 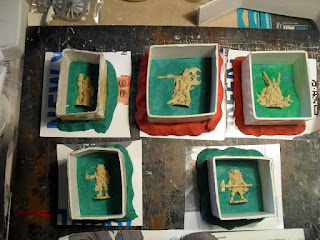 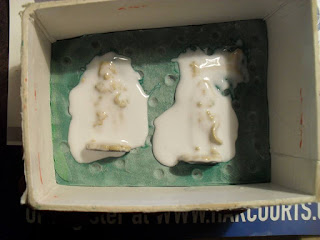 After the latex was set, Ian then poured the second half of the moulds. 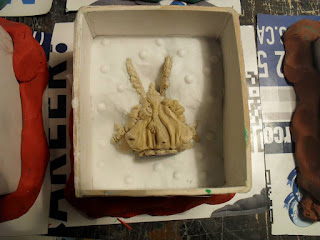 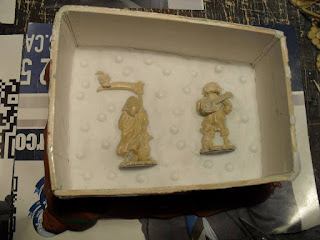 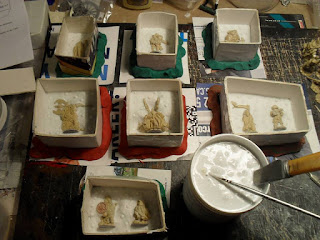 A few miniatures required minor alterations, so Ian from Regal Enterprises sent them back to me and I got to work. I sculpted a new scabbard for the Ninja and the other two have a slight change in weapon position. Thanks again to Ian for his expert advice and for adjusting the Wizard's sword. 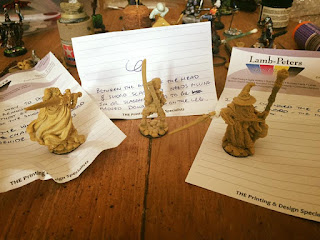 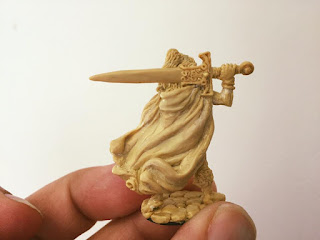 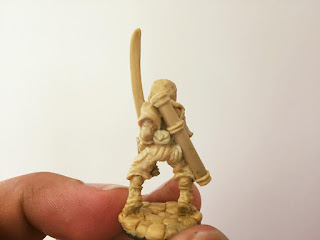 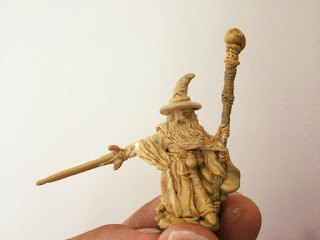 Basically all the changes were to avoid 'undercuts', which are severe recesses or awkward angles on a sculpt. The previous scabbard created a gap behind the Ninja's head that was an issue for making the mould. I sculpted a new one and placed it lower down his back. The Amazon's sword was previously over her shoulder at a different angle which also meant a gap behind the head. I could have snapped her blade off but I wanted to keep this miniature as a single-piece cast, so now the blade is flat against the back of her head. The Wizard's sword is now at a better angle for mould making also.

The only multi-part miniature is the Kobald on a flying carpet, for reasons that may be more obvious if you check out the previous blog post. He would have looked far less dynamic if I made him a single-piece cast.

These miniatures then traveled back to Regal Enterprises to make master moulds and be drop cast. After casting, the metal masters are sent back for me to look over. I'm really excited about this (they are due any day now).

After I give the all clear, the production moulds will be made and then spun. Spin casting is new to me. If it's new to you, Larry (not related to my project or Regal Enterprises) has posted a groovy video on YouTube:

Delvers Lost in the Dungeons of Doom! has been an amazing project and I can't wait to send these miniatures out to the people who helped make it all happen.

God bless and enjoy your week!