Here are the final turns in the winding road of my Kickstarter: Delvers Lost in The Dungeons of Doom! In my last post, the metal masters were about to be drop cast in preparation for making production moulds.

Ian and Alan Farley at Regal Enterprises sent me photos of the spin casting (aka centrifugal rubber mold casting) process. 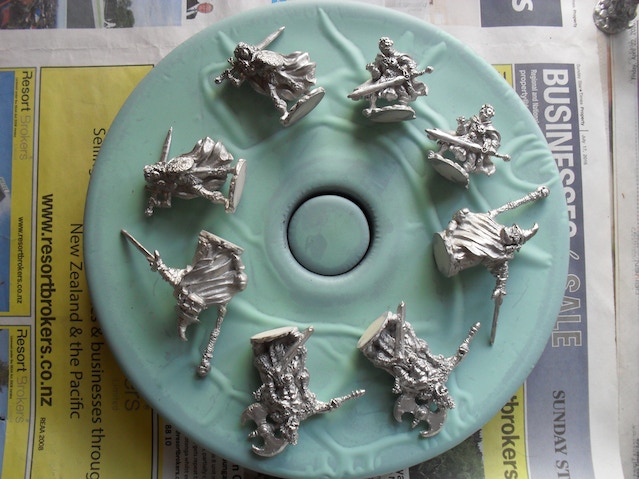 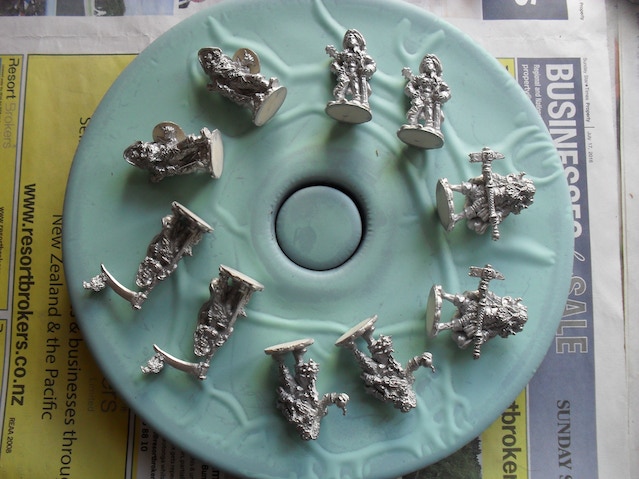 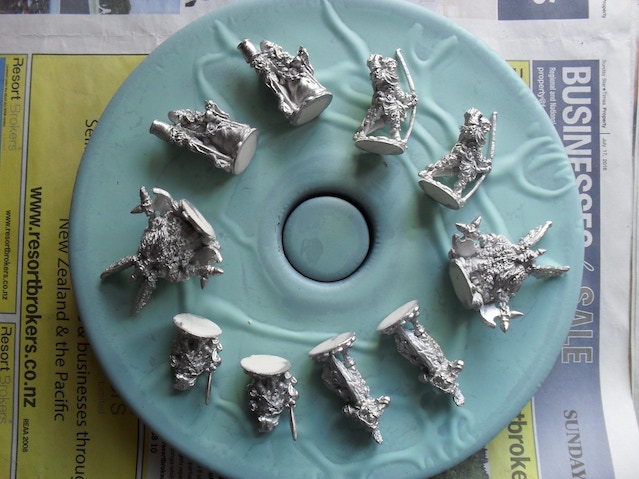 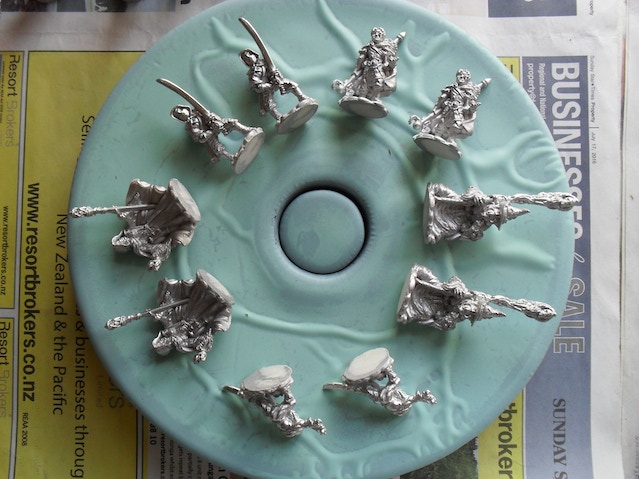 You may notice that they are doubled up. By having a two of each miniature, the amount of spins required is halved. The fourth disc also has a few new miniatures. More Delvers? Yes, I let the cat out of the bag with photos of three miniatures that will be part of the next Kickstarter campaign. I am getting a small number of Ailgavart, Saetog and Vok Wightkicker cast in preparation but they won't be included in this Kickstarter.

Halfway through October, well ahead of our December delivery deadline, the production moulds were spinning.

In the words of my good friend Lewis, "It wouldn't be a Kickstarter without some unexpected twists and turns." I received this email from Regal Enterprises about the remaining miniatures:

HI Darcy, I am going to do some casting with the last mould tonight. The barbarian woman is going to cause trouble as she has broken in the mould at her ankles . Hopefully I can get some out that will be OK. Will try to send a picture of her tomorrow. If it’s not Ok might have thicken the ankles on the master , make a new silicon mould etc. Cheers , Ian

On the bright side, Ian is a master mouldmaker and caster, so expect this issue to be resolved quickly. This is the Amazon we are talking about and I know she's a survivor!

Here are some photos from our boxing day. That Saturday we packed 42 boxes, which which were joined by 56 other boxes after the final shipment from Regal Miniatures arrived early the following week. Thanks to Blair and Dave for that second boxing session!


As you can see, everything was well in hand! It took a week to work out shipping details with NZ Post. After some fine tuning and some help from my good friend Dennis, the boxes were ready to fly!

Star Hat Miniatures has now sent over 2000 miniatures to gamers all over the world. Last Friday the International boxes left for the airport. I can honestly say that this has been a life changing and at times challenging experience! I still have a few weeks painting to fulfill the Dungeon Master pledges. Bear with me, they will be worth the wait! I will post photos of the painted miniatures on here of course!

If you backed this Kickstarter, please let me know when you receive your Delvers and feel free to comment on here. Your feedback will shape my next Kickstarter campaign. Thank you all for your continuing support and encouragement. The original group of nine miniatures grew into a whopping total of seventeen! I couldn't have done this without your help.

This only just occurred to me but this was a May to December affair! I began sculpting in May and the final painted pledges will be in the hands of backers in December!

A special thanks to Lewis who introduced me to Jason Fairclough's Wasteman game and to Jason, whose miniatures inspired me to try my own hand at sculpting.

God bless and enjoy your games!