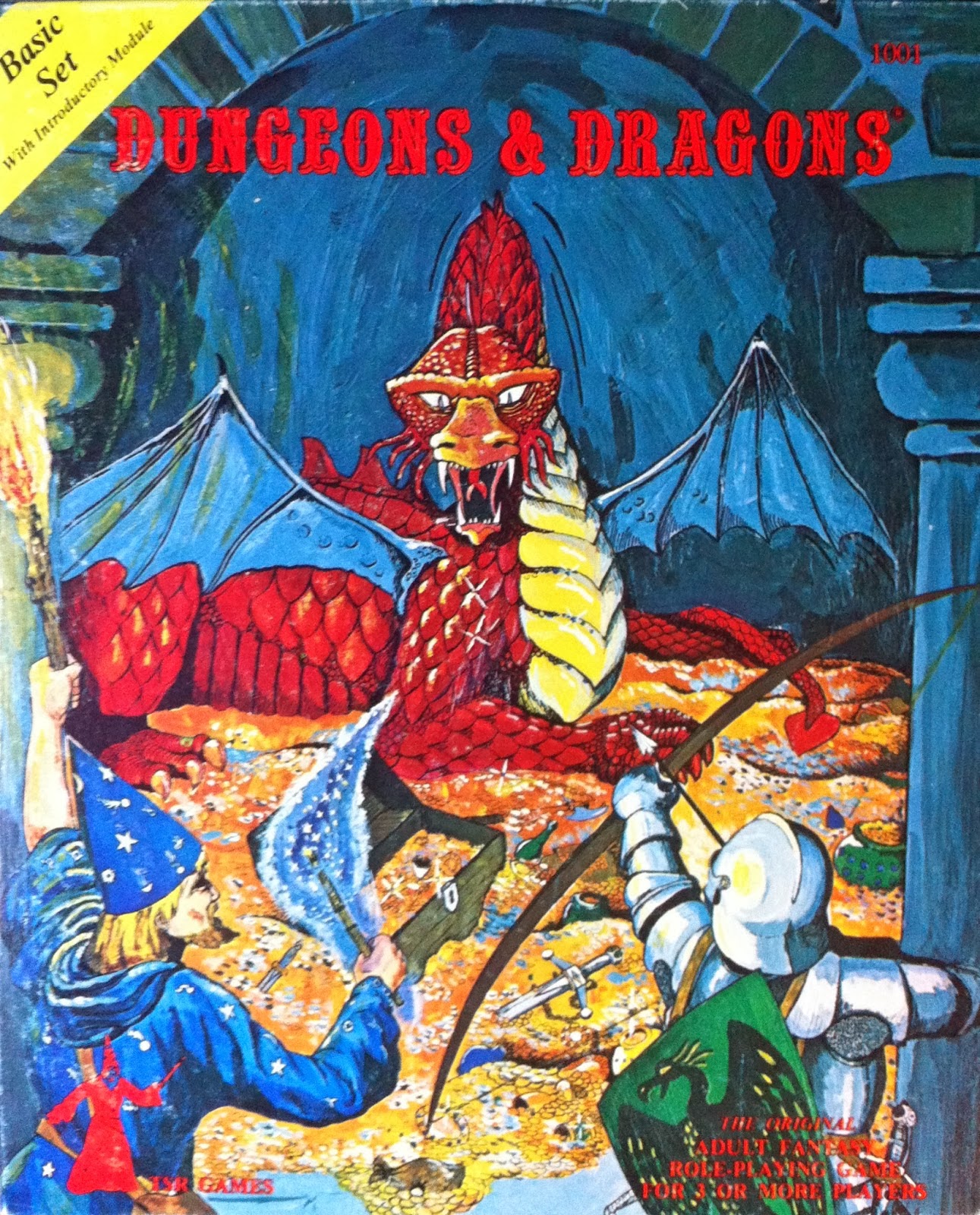 "We need D&D and role-playing more than ever. If for no other reason than to help us take back our creativity, our storytelling mojo, from the things that take them from us: Hollywood, publishing, even social media."
Posted by Darcy Perry at 16:34 1 comment:

Email ThisBlogThis!Share to TwitterShare to FacebookShare to Pinterest
Labels: Dungeons and Dragons

Yesterday was D&D's 40th anniversary. It was also Auckland (Orcland) Anniversary Day here in New Zealand. To celebrate we had a game last night. In the true spirit of D&D it was an epic dungeon crawl - run with an alternate combat system. Song of Blades and Heroes! The pictures below don't tell half the fun. It was certainly a memorable event.

However, the unexpected surprise came earlier in the day (when I was supposed to be setting up). The neighbor invited the kids and I over for a game of Dungeons & Dragons. Our kids have been playing together and it's becoming a regular family activity. My dwarf died last session so I rolled up a new character. Trustworthy Pete, a pirate (thief) adventurer. How many games can you roll up a character and be ready to play in a few minutes time? D&D B/X for the win!

So, it was a fun-filled afternoon travelling to an island temple (built on an active volcano), dealing with some evil Red-Monks, a lava-fueled temple statue/guardian, a weird-hat-wearing-high-priest and his pet salamander, while risking life and limb for a dwarven relic. Upon returning the sacred statue to the dwarves, we also negotiated the return of (the wrongly abducted) elven hostages. All in good humour and the best possible taste.

Then later in the evening, friends gathered for a dungeon bash of legendary proportions!

Happy Birthday D&D! What a day!


The legend of Vorstmajeva will wait for another time...
Posted by Darcy Perry at 18:47 3 comments: