Back to the painting table this Saturday with another Jes Goodwin mid eighties sculpt for Asgard. Originally released as a box set called Barbarian Personalities, they are now produced by Alternative Armies.

Kern the Reaver is just the sort of character you wouldn't want to cross or meet in a dark alley. 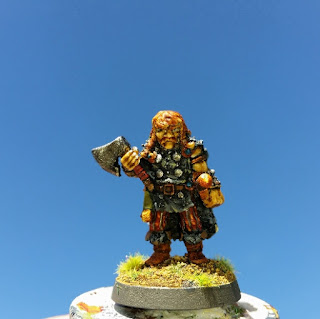 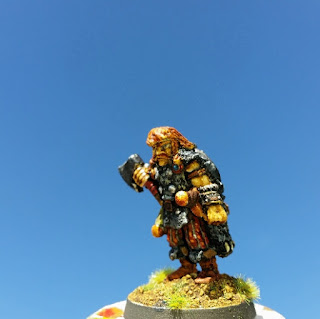 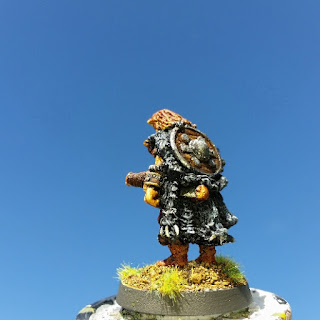 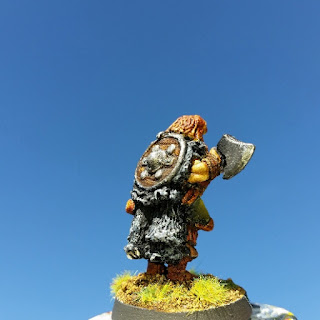 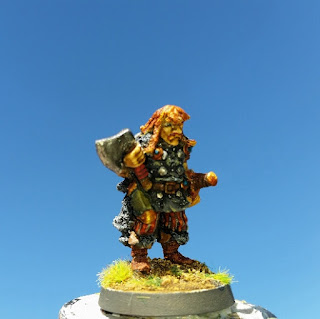 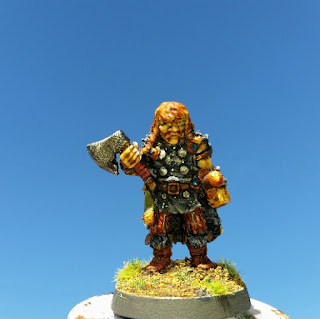 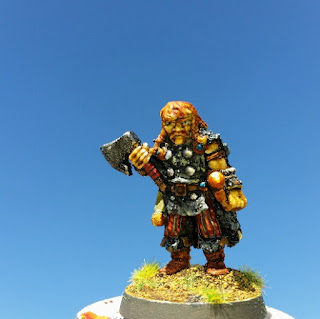 Also, last week I was invited by Lewis to play the new and wildly post apocalyptic Wasteman by J.L. Fairclough. He created everything from the rules to the artwork and even sculpted the miniatures!

Given that the game had only just arrived on his doorstep, I suggested to Lewis that we paint the miniatures first. They are amazingly cool sculpts. I am looking forward to the first game! Here is Olga the Cruel. I can imagine her in full song. 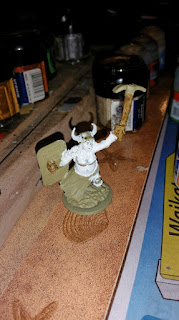 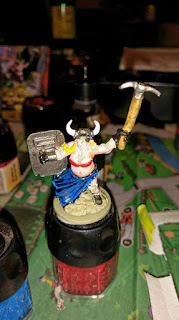 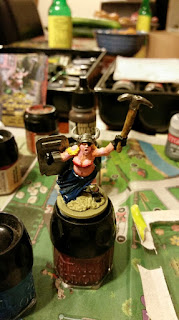 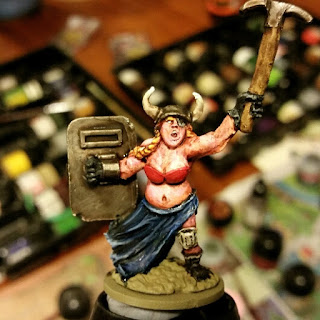 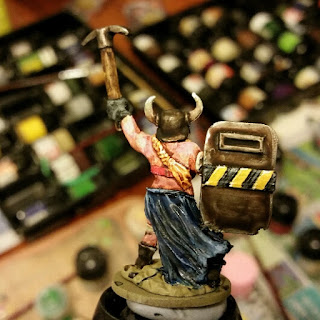 God bless and enjoy your week.
Posted by Darcy Perry at 22:18