Thanks to Nick with his challenge to paint a mini each week in 2016, my painting table is getting some attention again. This Saturday I have finished two miniatures.

The first is Angus, one of the fabled Dwarf Lords of Legend. He's one of eight Citadel miniatures, sculpted by the legendary Perry twins, Alan and Michael. I have painted them all now except The Baron and Lastro Lupintal.

09. King Gorrin, Slayed Gorbald the Gruesome greenskin at the battle of Drakkaz-Snor.
10. Borax Bloodaxe, amassed a fortune that required 5 vaults to store.

11. The Baron, fought against the despicable Count Horlichs of Averland.
12. Throbin Death-eye, axe polished in blood and a gaze that was said to slay with a glance.
13. Lastro Lupintal, cursed to howl at every full moon by a Norscan witch.
14. Kimril Giant Slayer, first slayer and bested the Giant twins Thunderguts and Stormbelly.
15. Uther, vowed to slay 100 Skaven every 7th day.
16. Angus, fell at Klumti Pass crushed by the bodies of his dead foes. 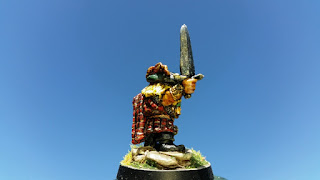 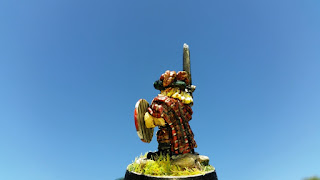 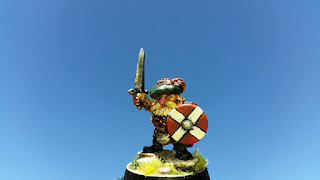 The second miniature is also a classic mid-eighties sculpt. An Asgard Barbarian, Karl Two Cuts. I have most of this Jes Goodwin collection but so far I have only painted Arflane the Archer. I have some work ahead of me! These miniatures have now been re-released by Alternate Armies, so I may pick up the few I am missing. 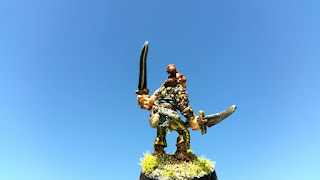 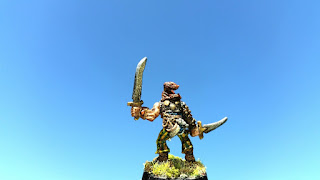 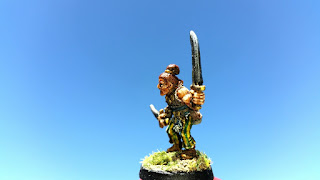 God bless you and have a great week!
Posted by Darcy Perry at 10:50