Caryth the Darkelf (Freebooter) and Borax Bloodaxe, one of the eight Dwarf Lords of Legend! These are the last two miniatures painted in 2013. More next year. Happy holidays! 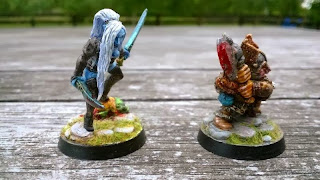 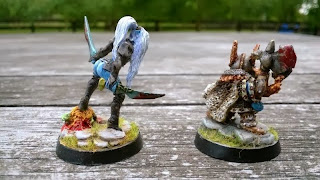 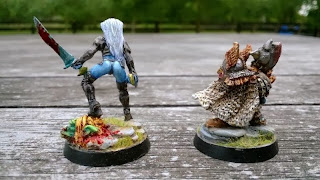 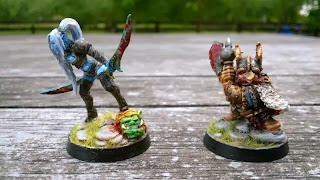 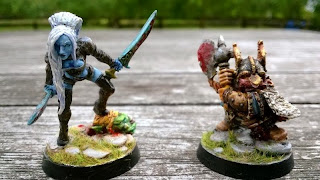 Caryth came in three parts and has plenty of detail on such a tiny frame. I developed a new technique for her blades: blue steel. The original base was square, so I borrowed an old idea from another Dwarf Lord of Legend and gave her an Orc's head to rest her foot on. First time using Green Stuff. I usually Tamiya Epoxy Putty. A little different in texture but it came out just fine.