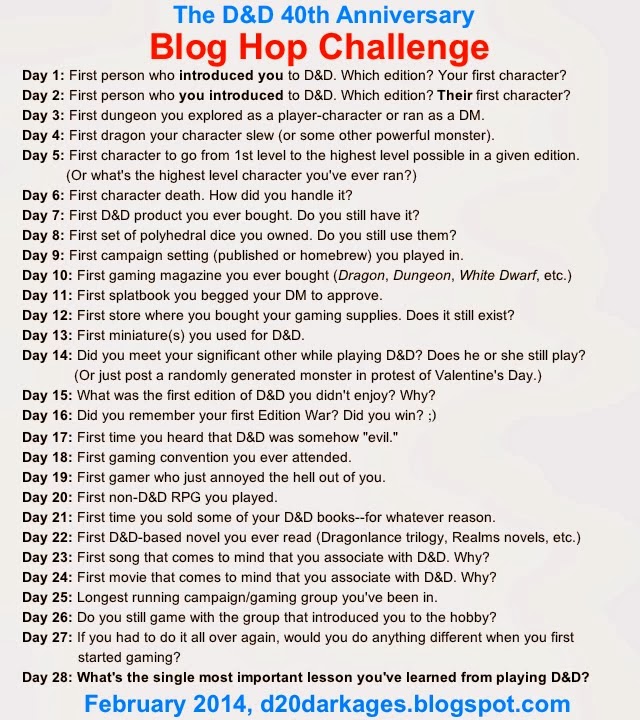 Ok, so I'm late out of the gate with this one:

1a: First person who introduced you to D&D (which edition)?

Mr Roberts, our primary school teacher, took the whole class on an afternoon D&D adventure. I believe it was using the basic set, Holmes edition.


1b: Your first Character?
A hobbit named Bilbo. Yes, I was a Tolkien fan from way back!

2a: First person YOU introduced to D&D (which edition)?
Soon after that, it seemed like every kid was playing D&D. I purchased the Redbox (Mentzer) edition and my group of school friends were always keen for a game.

2b: THEIR first character?
Out of all the characters we rolled up, the most memorable character had to be Claris the Cleric, played by my friend Alex. Claris had a knack of surviving.
Posted by Darcy Perry at 17:50