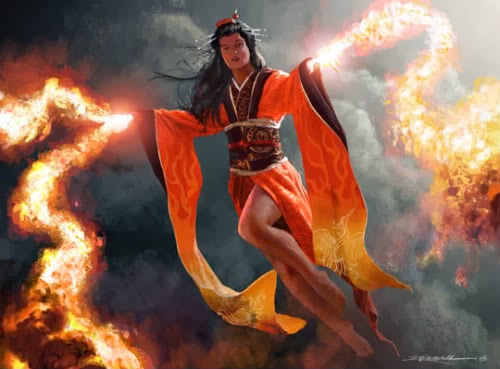 6. First character death. How did you handle it?

I cannot recall the first character death. I lost a lot of characters in the early days. There are so many dumb ways to die when you only have a handful of hit points! Some notable early deaths:

1. Sam Lightfoot, my brave Hobbit (Lvl 2), slaughtered by Simon's Myrmidon after searching through the treasure without leave. Lesson learned the hard way. Thievery within the party is best left to the Fighter and Elf classes!

2. Grimm the Dwarf (Lvl 3), drowned in a well he was trying to swim across. Given that he was wearing chainmail (and the well was filled with green bubbling water and tentacles), it would have been wiser to run around it. Or did he take off his chainmail first? Anyway, his body was never recovered.

3. Malkraz, Elf (Lvl 4). A failure to Save vs. Dragon Breath results in ashes for this unfortunate elven adventurer. He did not die in vain. His death was a warning to the party that there were dragons about!

4. Willow Weeping By The Water, an (Oriental Adventures) elven Wu Jen (Lvl 2). After investigating glowing lights in the marshes (in an effort to communicate with the spirits), she is slain by will-o'-the-wisp. The party gathered her body and used a wish ring to bring her back to life. Alas, a critical (00) failure. Her body disappears in a puff of cosmic dust with a faint smell of sulphur. Now that I recall this character's death, her name (after a line in a Pink Floyd song), is rather poetic and prophetic.

The best way to handle character death? Roll up a new character!
Posted by Darcy Perry at 16:40